Skip to content
Home » TV's » How Much Does a TV Weigh? (Complete Guide) 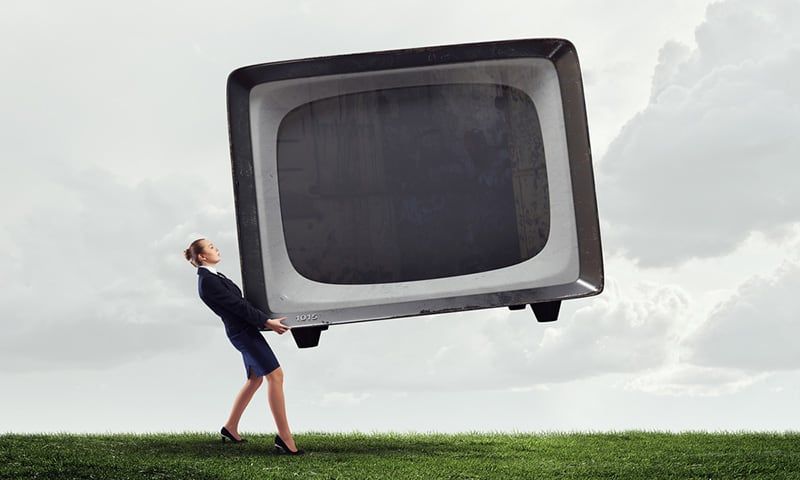 How Much Does a TV Weigh?

Similarly, the average size of a plasma TV is 43 inches. This television weighs close to 35.3 lbs (16 kg) with the stand. As the size of the television increases, the weight also increases appropriately.

How Much Does a TV Weigh in lbs?

How Much does a TV Weigh in KG?

The average LED-LCD TV weighs approximately 28.4 kg with the stand. The weight of the television without its stand is close to 12.9 kg. The average size plasma TV weighs 16 kg.

How Much Does a TV Weigh in Grams?

The weight of a 42-inch TV varies from one manufacturer to another. It also depends on whether the television is an LED TV or a plasma TV.

On average, this weight of a 42 inch TV is 21 lbs(9.5 kg) with stand and 20 lbs(9 kg) without stand. This makes televisions of this size fall under the lightweight category.

It’s worth noting that some manufacturers offer their televisions with a slightly larger size of 43 inches.

The weight of a 50-inch TV depends on the manufacturer and the technology used to manufacture it.

The weight of a 55-inch TV is based on the technology used to design the television and its manufacturer.

The weight of a 65-inch TV differs from manufacturer to manufacturer as well as the manufacturing technologies used for the television. On average, an LED TV will weigh about 55 pounds (24.9 kg) with stand and 51 pounds (23.1) without stand.

How Much Does an 80 inch TV Weigh?

As mentioned, for TVs of different sizes given above, the weight largely depends on the manufacturer and the technology used in the TV. An 80-inch LED and LED-LCD TV will be lighter than an 80-inch plasma TV.

It’s worth noting that some manufacturers offer their televisions in a slightly larger screen size of 82 to 85 inches.

How Much Does a Plasma TV Weigh?

A plasma TV undoubtedly weighs more than an LED or an LED-LCD TV because of the heavy metal structure in the back and a thick glass section in the front. The weight will also change based on the screen size.

How Much Does a Flat Screen TV Weigh?

Modern flat-screen televisions are relatively lightweight despite their large size and about 80% less bulky than their CRT predecessors of the same size.

Needless to say, the actual weight depends on the size and the type of TV.

How Much Does a Samsung TV Weigh?

How Much Does a Sony Bravia TV Weigh?

A 40-inch Sony Bravia LED TV weighs about 26.4 pounds (12 kg) along with the stand. On the other hand, a plasma TV of the same size is slightly heavier.

How Much Does a Vizio TV Weigh?

How Much Does a TCL TV Weigh?

How Much Does a Philips TV Weigh?

A 47-inch Philips LCD TV weighs about 115 pounds (52.1 kg) in comparison to a plasma TV of the same or similar screen size.

How Much Does an OLED TV Weigh?

The following tips will help you to transport a TV from one place to another without getting it damaged.

The following tips will help you to decide on the right wall mount size for your TV based on its weight.