Why is my CPU not detected?

Your CPU may not be detected because of its incompatibility with the motherboard, wrong BIOS settings, a dead CPU, or loosely connected CPU power connectors in the slots.

If your CPU is incompatible with the system requirements, then it will not be detected by the system. The only way to fix it is to replace the CPU with a compatible one. You can check the compatibility of the CPU by referring to the official website of your system manufacturer.

The BIOS settings, when changed from the default optimized settings, can lead to the CPU not getting detected by the system. You can fix this by entering the BIOS setup and changing the setting back to the “Optimized Default” setting.

A dead CPU will not be detected by the system. You can spot a dead CPU issue by looking for symptoms like the computer turning ON but immediately turning OFF again.

When the power connectors of the CPU are loosely attached or connected incorrectly, the CPU doesn’t get detected by the system. You can solve this issue by ensuring that the connectors are firmly and correctly connected.

PCI-e not connected to GPU

If you are using a GPU, make sure that it’s connected to the PCI-e connector and its settings are enabled in the BIOS setup. If not done, this will lead to the CPU not being detected in the system.

CPU fans not working or at wrong speeds

If the various CPU fans are set to different speed values, the CPU won’t be detected by the system. This can be changed by entering the BIOS screen and changing the different fan speed values to “Ignored” or “Not Applicable”.

What does the solid debug light (CPU not detected or fail) mean?

The solid debug light means that the CPU is not oriented correctly and it’s not fully locked in the computer system. The lever needs to hook under the slot to ensure proper connection set up between the CPU and other components of the computer. 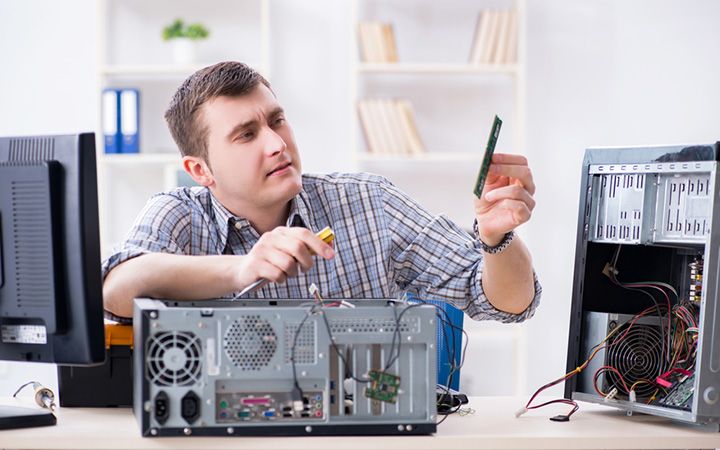 What are the signs of a dead CPU?

The signs of a dead CPU may be identified by a computer which turns ON but there are no beeps or display on the screen.

A dead CPU can cause the computer to turn ON while the fans run at the high speed, the computer turns ON but immediately goes OFF, or the screen freezing.

My motherboard is not detecting my CPU

If your motherboard is not detecting the CPU, it is because your CPU isn’t compatible with the motherboard, the power connectors are not firmly plugged in or the PCI-e connector is not connected to the GPU.

You can fix these issues by trying the solutions given below:

CPU fan working but not detected

The CPU fan may be working but not detected because of the wrong fan settings in the BIOS setup of your computer.

You can fix this issue by following the steps given below.

How to Fix a New build CPU not detected

Follow the troubleshooting methods given below to fix the issue of the new build CPU not being detected.

Ryzen 7 CPU may not be detected because of a loose 8-pin cable. You can fix this by removing the cable and putting it back firmly.

If the problem persists, you can try troubleshooting methods like resetting the CMOS by following the steps given below.

When the MSI MPG Z490 CPU is not detected, it may be due to an incompatible CPU, the distorted position of the power connector, BIOS problem or the EZ Debug light flashing.

You will need to fix this because the display of the monitor won’t come up.

Follow the steps given below to solve the issue of MSI MPG Z490 CPU not being detected.

Disconnect the main power supply of your computer. Change the JBAT1 jumper from its original position to 2-3 positions after the computer discharges. This will clear all the BIOS data. This must fix the issue of the CPU not being detected in MSI MPG Z490.