Skip to content
Home » Computers » Why is My GPU Making Noises? 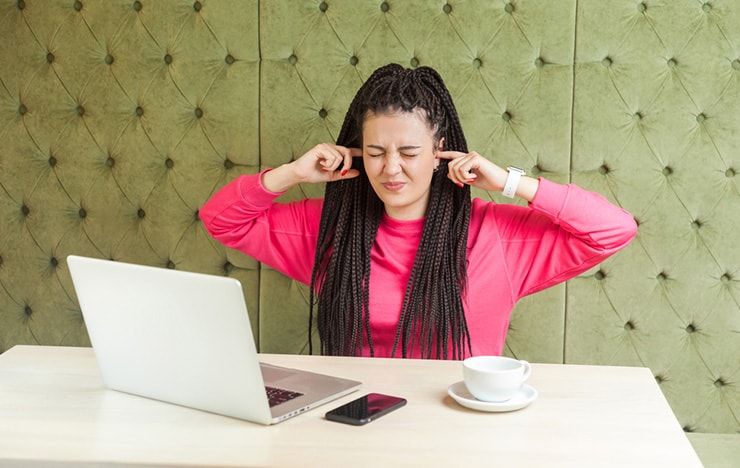 Why is my GPU Making Weird Noises?

Coil-whine is the noise produced by electronic components inside a GPU. The extra power that the graphics card draws while you are playing a game or other graphics applications induces certain vibrations in the internal components. These vibrations result in the noise.

The main cause of GPU noises is coil-whine. GPU noises are caused by electrical wiring within the circuits vibrating when a strong current passes through.

The electric wiring within an electronic circuit or component can vibrate when a strong current is passed through it. Experts call it coil-whine. It is in reality more than a whine and it can be quite annoying. It may also be an issue with some components inside the PC or a laptop.

GPU Fans are Too Hot

GPU fans are one of the main sources of noise in a computer, especially if it is a gaming PC. The machines are built to handle powerful graphics. High-end graphics cards are included in the specification.

As you continue to have graphics on the display, the graphics processing unit or GPU keeps drawing more power to sustain the graphics.This leads to the GPU heating up.

GPU fans are built in a way to start one by one as the temperature increases. The first threshold limit would be 60 °C and as the fans spin faster, the noise they generate keeps increasing as well.

You can easily detect that the noise is from the GPU fan as it can be heard when the fans spin at a faster rate.

If the fan’s blades come into contact with something, that can also create noise.

If you have changed a new component, there can be compatibility issues and it may become the source of the noise. It could also be a new driver that may have been installed.

There are cases where the GPU fans start making noise suddenly. The significant point here is that some users have managed to reduce the noise levels by reinstalling drivers.

Why is my GPU Making a Whining Noise?

The whining noise coming from the GPU is either due to the electrical and electronic components in the graphics card when the GPU draws high power or from the fan blades.

With evolving technology, the makers of the graphics cards may be able to eliminate or at least reduce the noise. However, millions of computer users are still running their systems on the older versions of graphics cards. They will have to live with the noise. Some of the fixes are discussed here.

Besides the graphics card, the power supply unit or even the motherboard are reported to be responsible for the whining noise in computers. Here again, only new technology can alter the situation.

The most important thing to remember  is that the whining noise from the GPU fan is not going to affect either the performance of the computer or the life of the component. It does not cause any damage.

Here are some steps recommended to fix the issue of whining noise from the GPU.

Can Coil-Whine Damage the GPU?

Coil-whine does not harm the GPU. The whining noise is caused only due to vibrations and these vibrations do not affect any of the components.

The point to be understood here is that most electronic components do emit some kind of sound. Many of them are not audible to you. In the case of the GPU fans, the vibrations in them are at their peak when the graphic frames on the display screen are getting refreshed at more than 100 frames per second (FPS). If they are 3D frames, then the GPU will be drawing more power to process them and the resultant whining noise will be louder.

The other factor to remember is that besides the GPU fan, there are components like the power supply unit and the motherboard that have some impact on the whining noise. The easiest way may be to replace them but that may not be the advisable route. You can have them examined by an expert and take a call.

The clicking noise you hear from the graphics card fan may be due to the fan’s blades coming into contact with the shroud. You should be able to get rid of this noise without going through much trouble.

There may be other reasons behind the clicking noise from the graphics card fan.

Here is how you can fix the issue of noise from the graphics cards.

The fan may not be seated properly on the shaft that connects it to the motor. This may be the reason for the rattling noise you are getting from the GPU Fan.

Some of the other causes of the rattling noise could be:

The fixes for this issue of rattling noise from the GPU fan are as below:

Gigabyte GTX 1060 Windforce OC 6G is one of the graphics cards where rattling noise has been reported and later solved. Asus R9 280 is another GPU reported with the noise.

One of the commonly observed reasons for the GPU fan making a grinding noise is the lack of lubrication. If this problem is taken care of, the grinding noise will go away.

So, how do you go about fixing these issues?

This will lubricate the bearings and in most cases stop the grinding noise.

Why is My GPU Buzzing?

The buzzing sound coming from the GPU is known as coil-whine. This buzzing noise is normal and doesn’t indicate any fault with a computer.

One way this can be fixed is to remove the CPU and GPU from their slots, clean them completely of any dust or grime and then re-thermal paste them. This has been found to put an end to the buzzing noise from the GPU.

In other cases, the GPU may have to be replaced. If it is within the warranty period then the manufacturer will send you the replacement.

How to Fix GPU Making a Buzzing Noise?

If the buzzing noise is coming from a new GPU, you must contact the manufacturer and ask for a replacement. Getting the GPU replaced is the solution recommended.

Unlike the sounds you get from the GPU fan or the regular coil-whining, the buzzing noise could be from the GPU.

Always check the warranty terms before you start fiddling with the components yourself. Some component makers won’t replace the part if the user has opened it or if it is found tampered with.

Check the power supply unit to be sure the buzzing noise is not coming from any source other than the GPU.

The phenomenon of the GPU emitting a buzzing noise while you are playing games is a regular happening and nothing to worry about. In a majority of cases, it is just coil-whining which is harmless. It may disturb you, but beyond that, there is nothing in it.

Some users complain that the buzzing noise is not heard always and only when playing particular games. This may be perplexing. The general sense in the case of gaming PCs is that the graphics card or GPU draws more power while high-intensity games are played and this increases its temperature.

The cooling fans then start spinning. The noise created by the fans can be loud and disconcerting for many. The buzzing noise can come from the power supply unit also since any electronic component can emit noise when a current is passed through it. Some vibrations convert into noise.

There is really no immediate solution to this. You can wear your headset while playing games and the noise will not be heard.

The other solution recommended is to disable the devices in the PC that transmit sound. You could do this by going to Windows>>Control Panel>>Device Manager. Select the sound devices and disable them.

Some reports suggest this issue could be card-specific. The GTX 1070 is highlighted by a user to have this issue of loud buzzing noise when the GPU is under load. Some experts say that this issue is observed in the 900 series also.

There is no ready fix to this issue except perhaps to limit the FPS in your PC to a low level. At 200 FPS or below, you may not hear the loud buzzing noise.

The buzzing noise from the NVIDIA GeForce RTX 2080 is nothing unusual and possibly every user of this graphics unit experiences this. The best advice from the experts on various forums is to continue using it and not to think of raising an RMA.

If you find it very difficult to bear the noise, the solution suggested is to change the power supply unit to a higher wattage. This has been found to reduce the noise level to a considerable extent.

The buzzing noise in the RX 5700 is identified as coil-whining and no action is suggested by the experts on different forums.

You may try some of the suggestions given above to suppress the noise and bring it down to minimal levels. You cannot and need not fully eliminate the noise as it causes no damage to your PC’s components.