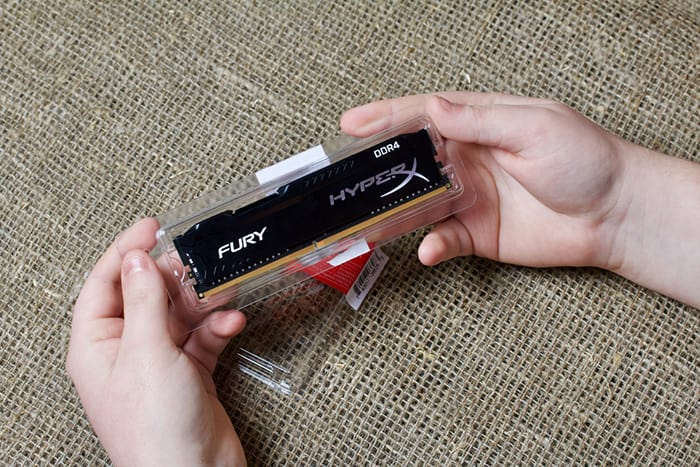 Can You Use 8GB and 4GB RAM Together?

You can use 8GB RAM and 4GB RAM together, but doing so can affect performance. Although you’ll have a total of 12GB RAM, it will be slower than using two memory sticks of the same size.

When using 8GB and 4GB RAM together, they should have the same voltage rating. Their controllers and motherboard must also be compatible with each other.

While you can use two different RAM sticks, they pose some disadvantages when compared to using two RAM sticks of the same type.

Some drawbacks users have experienced with two different RAM sticks are the following.

You can use 2x4GB RAM and 1x8GB RAM together if the motherboard of the system supports a total of 16GB RAM and an asymmetrical configuration.

There are many instances where users have opted for 2x4GB RAM of one brand and 1x8GB RAM of different brands and have had absolutely no problem while some of them have experienced system instability.

Most present-day systems have an even number of slots for RAM sticks in their motherboard. The slots are usually present as pairs. Thus, if your motherboard has four slots, you can most definitely go about installing just three RAM sticks.

Mixing up different configuration RAM is not recommended in most cases to get the best out of the dual channel or quad channel modes.

The two RAM sticks that are inserted in a pair of slots will operate in dual channel mode. On the other hand, the RAM stick that is fitted in the third slot with its pair slot empty will function in single channel mode.

If you insert the two 4GB sticks in a pair of slots adjacent to each other and the 8GB in a third slot, the 4GB sticks will support dual channel mode and will be slightly faster while the 8GB stick functions slightly slower in single channel mode.

The 2x4GB RAM and 1x8GB RAM sticks tend to show slightly less RAM performance when used together because one of the sticks operates in the single channel mode. However, the system will undoubtedly perform better than when it had just two sticks installed.

Avid gamers may tend to experience a mild performance lag and tend to lose out on a couple of frames per second although this will not affect the overall gaming experience.

You can use 2x8GB RAM and 2x4GB RAM together if the motherboard of your system supports their usage. The system will run in compatibility mode.

It’s important to keep in mind the voltage and timing of the RAM sticks. Also, all the RAM sticks will run at the speed of the lowest RAM.

I feel it’s considering opting for this combination if the 2x8GB RAM and 2x4GB RAM have the same speed for the best performance.

You might want to check out if there is any specific slot assignment for the sticks. Some systems recommend that you fit the larger sticks in the first couple of slots followed by the lower RAM sticks in the next two slots.

Motherboards come with an even number of DIMM slots in different colors. If you have a motherboard with four slots, there will be two slots in one color and two of another color.

It’s ideal to use slots of the same color for the same capacity RAM. This means that you’ll have one 4GB RAM and one 8GB RAM in each channel.

It’s recommended that when you use the two pairs, you use pairs bought at the same time as a kit. This will reduce compatibility issues that might be encountered otherwise. Mismatched use might also make it difficult to set the automatic settings.

It’s advised to opt for 4GB RAM and 8GB RAM sticks so that you have 12GB RAM. This is more beneficial than having two 4GB RAMs operate in dual channel mode especially if you are into tasks like content creation. You may consider opting for SSD type RAM for fast performance.

Keep in mind that when you use a 4GB RAM and an 8GB RAM combo, it often supports partial dual channel. 4GB of the 8GB RAM stick will function in dual channel mode along with the existing 4GB stick. The remaining 4GB will operate in single channel mode.

However, this depends on the processor to a large extent. Some processors like Intel may support this while those like AMD are not in favor of mixing up RAM. There are chances that the single channel RAM will be used before the dual channel.

To know the capacity of the current RAM stick in each slot, you can check the sticker with details on it. This will help you decide what capacity memory stick should be put in each slot.

Using a 4GB RAM stick along with an 8GB stick will often cause the overall performance to be marginally lower although it will not make a noticeable difference. Also, a single 8GB RAM is likely to operate slower than a pair of matched 4GB RAM sticks.

How to Mix RAM Sticks

It may be required to mix RAM sticks in some cases instead of using an identically matched pair. There are a few aspects to be borne in mind when you do this to get the best out of the mixing. Some of them are given below.

It’s worth remembering that none of the above measures offers the assurance of successful RAM functioning.

You can use 4GB RAM and 8GB RAM together, but use them with caution. You must understand the risks of mixing the RAM sticks. They must be compatible both with the processor and one another.

The motherboard must support the combined RAM capacity.

link to Should I Upgrade My PC Case? (Complete Guide)

Should I switch my PC Case? Most people feel that switching your PC case is worth it. Benefits of changing your PC case include improved cooling, better air flow, more expansion slots, and...

Continue Reading
link to How to Replace a CPU Cooler (STEPS)

What does a CPU cooler do? A CPU cooler is a crucial part of a computer system. It draws the excess heat from the computer components to maintain a constant temperature of the components and...