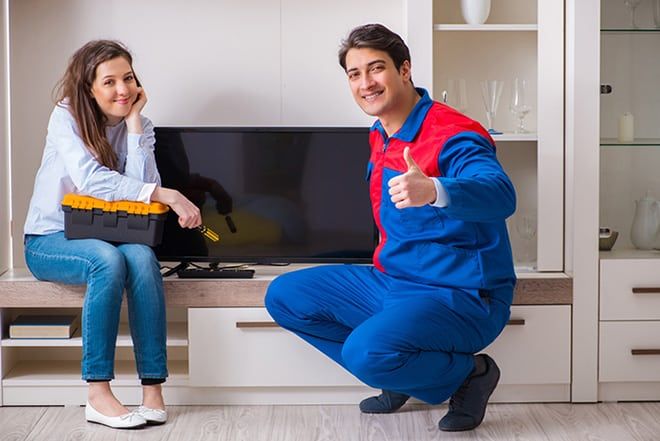 Why Won’t My Samsung TV Turn On?

A Samsung TV won’t turn on if the power board or power cord is damaged, and when the fuse is blown.

How to Fix a Samsung Smart TV that won’t turn on?

Why Does My Samsung TV Keep Turning Off and On?

A Samsung TV will keep turning on and off when the when the connections are dirty, and when the firmware is out of date.

How Do I Stop my Samsung TV from Turning Itself Off?

Unplugging the power cord for 10 seconds and plugging it back in, and updating the TV firmware can stop a Samsung TV from turning itself off.

Method 2 -Turn off a preset timer on your television

Use the above steps to deactivate the Sleep timer by going into the Sleep Timer screen. This could have got activated by pressing Sleep on the remote accidentally.

For an older television that is used along with a cable/satellite box, turn Off the Standby Mode Upgrade option by doing the following.

Why Does My Samsung Smart TV Keep Restarting

Resetting the smart hub and updating the firmware on your Smart TV can stop the TV from continually restarting.

Please remember that voice commands can’t be used to turn on a TV with an Ethernet connection.

Ensure that the Anynet+ (HDMI-CEC) setting is turned on. Some settings may turn this off automatically. Also, ensure that the Power on with Mobile option under General > Network > Expert Settings is activated.

If this doesn’t work, you can press Exit as mentioned above followed by the Down Arrow key before pressing Enter and shutting down the TV.

How to Troubleshoot a Samsung TV that Keeps Flickering

You can perform the following steps.

Samsung TV has a Black Screen and Flickering Red Light

A TV that has a black screen and a flickering red light is often due to a bad power supply or a faulty HDMI link.

To solve the clicking problem and turn the TV on once again, you can follow Method 2 given above in the “How to fix a Samsung Smart TV that won’t turn on” section.

Samsung TV Won’t Turn On unless I unplug it

Try changing the input on your TV: Read How